You are here: Home / Archives for TIL (Today I Learned)

TIL (Today I Learned)

We had a long running feature that I originally branched off of for a new feature. When I finished, I realized I needed it before our long running feature would be done. Since it didn’t have any code changes that were dependent on our big feature, I thought it would be easy to just rebase […]

Sometimes you need to perform a selective SQL export of rows in a database table. Recently, I found out that you can pass extra arguments to the mysqldump command through wp-cli. Taking a closer look at the wp-cli documentation shows that you can use –<field>=<value> to narrow your query. For example, you can use the […] 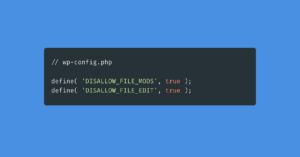 TL;DR – Languages can only be downloaded via Settings > General > Site Language when DISALLOW_FILE_EDITS and DISALLOW_FILE_MODS are set to false One day I was trying to write up a development plan for implementing multilingual support for a client. They had an interest in also making the WordPress admin multilingual as well, so I […]

Earlier this week I was working on styling a website and trying to keep a component as customizable as possible. Within it, I needed the ability to reverse an icon with CSS only and I found out that using transform: scale(-1) will automatically flip the element you use it on. You can also specify the […]

When I’m trying to style something using a Mobile First approach, I tend to under-think my SCSS. I don’t know if I just get lazy sometimes or I just get tired of what I’m working on; It doesn’t always leave me with the best styles. The code may get the job done, but it’s convoluted […]